All that while working on projects like his "Golden City" documentary, freelancing for the likes of SF Magazine, making guest appearances on KPFA, and producing mead and botanical wines in his free time.

In the second installment of our "Better Know a Hoodline Writer" series, we get to know Walter just a little bit better in our version of a fireside chat. 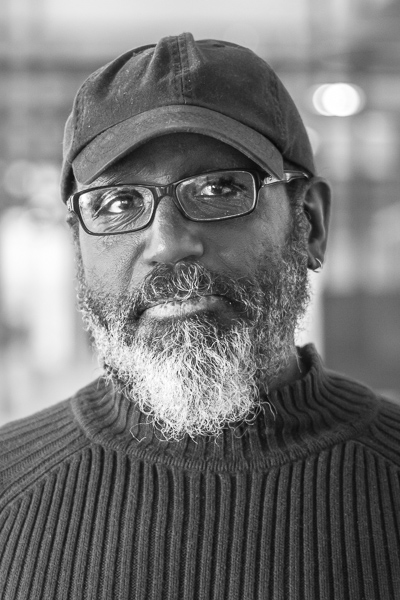 What’s your favorite story so far out of all the ones you’ve written for Hoodline? Why?

The first one that comes to mind is a story I wrote about the history of 784 Stanyan, which is now Lavation Studio. Before that, it was Son Loy Laundry, a shop that had been owned by Japanese-Americans who were forced to give it up when they were sent to an internment camp during World War II.

Using historical records, I was able to piece together not only the building's history, but also some information about the Nozawa family. I later found out that as a result of reading my article, someone contacted the Planning Commission to ask that the original laundry sign be preserved after the building was renovated.

What’s your favorite story written by someone else here?

Unfair question! My favorites are probably stories about the things we see, but take for granted. I've always thought it's bizarre that there's a US Mint smack dab in the middle of a neighborhood, but now, it's just part of the landscape.

Which is why Andrew Dudley's stories about the Mint are so interesting, for example: they answered questions I didn't even know I had.

What’s the most surprising thing you’ve learned about your neighborhood since starting here?

Some of the history I've covered is fairly astonishing: monkeys escaped from labs at UCSF Parnassus to prowl the neighborhood, Mt. Sutro once boasted a lumber mill, and a dynamite factory near 2nd Ave. and Parnassus exploded a few times.

What's the best part of being a neighborhood editor?

I've lived in San Francisco for 20 years, but writing for Hoodline has made me feel more connected to where I live than I thought possible. Because it's my job to stay informed about changes in the area, I have a new level of awareness. From time to time, I run into people who've read my work, and that's extremely gratifying.

Why/how did you decide to join Hoodline?

Two years ago, I started working on "Golden City," a documentary about how the tech industry has changed housing and transportation in San Francisco. As a result of that project, I was asked to become a contributor.

What’s the weirdest thing you’ve ever seen/done for a story?

Several months ago, I was coming back from my eye doctor when I saw the burned-out husk of a car that had been torched in an arson. Unfortunately, the doctor dilated my pupils, which meant I literally could not see straight.

I went home, grabbed my camera, and returned to the scene to shoot photos and interview a few neighbors who saw the fire, including one of the car's owners.

It's an interesting mix of urban and suburban; many of my neighbors garden and keep chickens, for example. Also, there are some topics -- like transportation, crime and housing -- that are of strong interest to almost everyone.

What topics intrigue you most?

Historical events in the neighborhood fascinate me, but I also enjoy interviewing artists and entrepreneurs. I've also covered a few breaking news stories, which can be really rewarding.

Any tips for aspiring writers/neighborhood editors?

Online research and public records are invaluable, but spend as much time as you can walking around the area you cover. Once you're familiar with every block, it's easy to recognize what's new.

What are your favorite spots in the Inner Sunset?

There's an outdoor deck at UCSF Parnassus' Millberry Union that has one of the best views of San Francisco, and the sunsets at Kezar Stadium are pretty spectacular.

Get Local News Around The Place You're Going

We’re experimenting with a new way for you to find out about the world around you, whether you’…

Behind the Scenes With Hoodline's 2016 Election Guide

Last October, we debuted a new kind of guide for locals looking to make educated choices ahead of election…